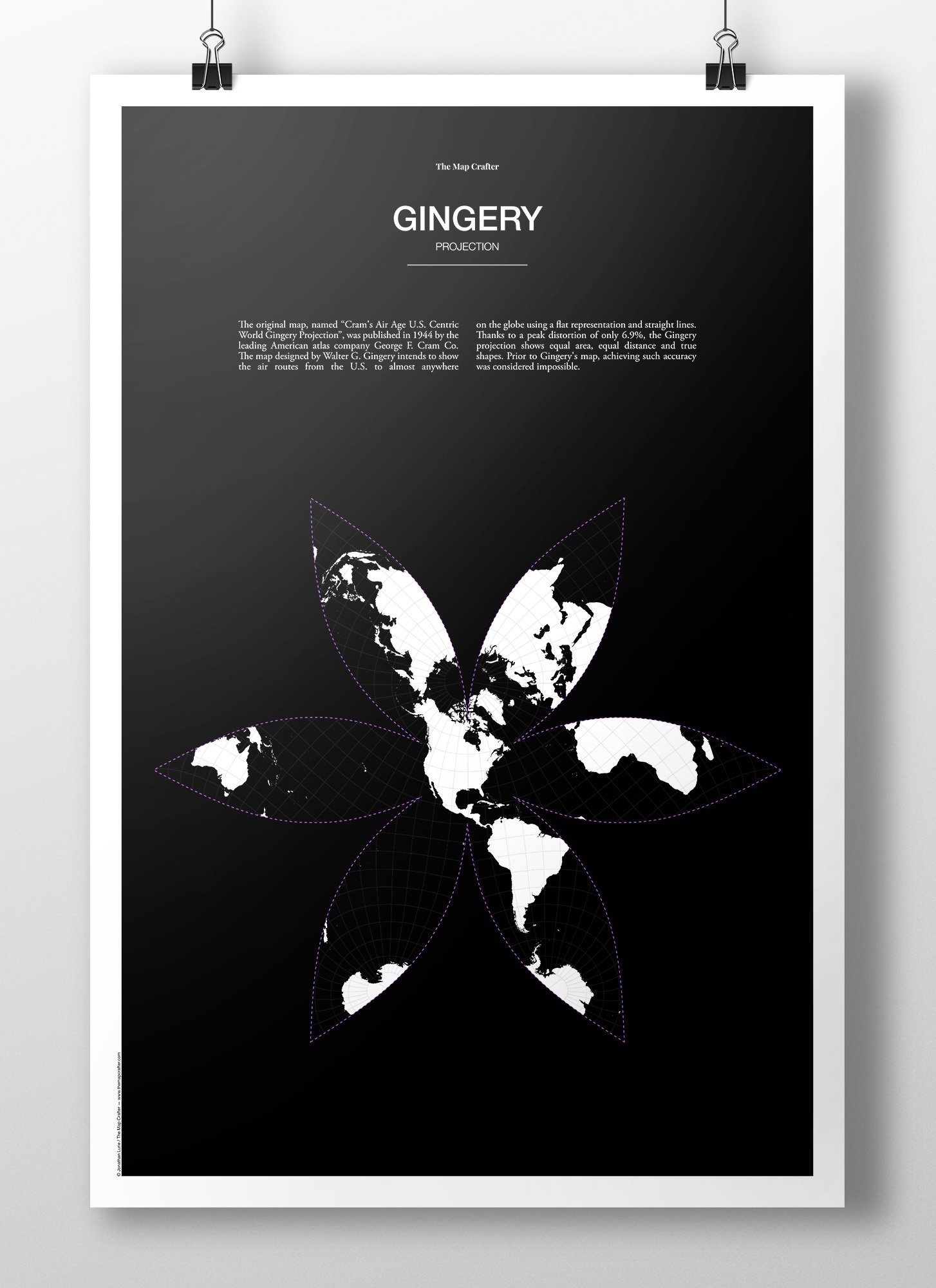 The original map, named “Cram's Air Age U.S. Centric World Gingery Projection”, was published in 1944 by the leading American atlas company George F. Cram Co. The map designed by Walter G. Gingery intends to show the air routes from the U.S. to almost anywhere
on the globe using a flat representation and straight lines. Thanks to a peak distortion of only 6.9%, the Gingery projection shows equal area, equal distance and true shapes. Prior to Gingery's map, achieving such accuracy was considered impossible.